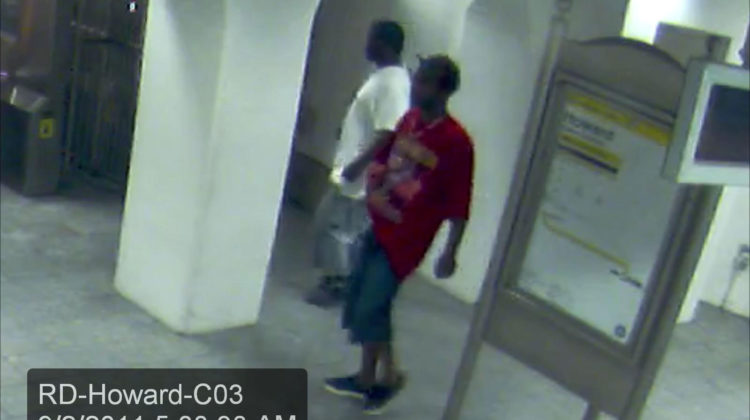 Evanston police say a man robbed and beaten on Howard Street died this morning of his injuries at St. Francis Hospital. And they believe the photo accompanying this story may show his two attackers.

Cmdr. Tom Guenther says John Costulas of Chicago — who wore hearing aids and walked with a cane — was walking eastbound in the 500 block of Howard Street at 5:20 a.m. on Friday, Sept. 2. on his way to work.

Video surveilance images show that as Costulas approached the Marathon Gas station at 555 Howard, two men who'd just left the gas station approached him and without provocation attacked him.

Guenther says one of the suspects struck Costulas in the head, causing him to fall to the ground.

The other suspect then went through the victim's pockets. Then, Guenther says, the offenders fled the area leaving Costulas on the ground, unconscious and bleeding.

After being alerted by passersby, Evanston Police responded and called for paramedics who transported Costulas to the hospital.

The Evanston Police department is now investigating this incident as a homicide and are seeking to identify two suspects wanted for questioning who, in the photo above, are seen leaving the Howard Street Red Line station about 12 minutes before Costulas was attacked. (Click here for a larger version of the image.)

Anyone having information about this incident can contact the Evanston Police Department’s Detective Bureau by calling 847-866-5040, or by texting EPDTIP to 274637; all text tips will remain anonymous.