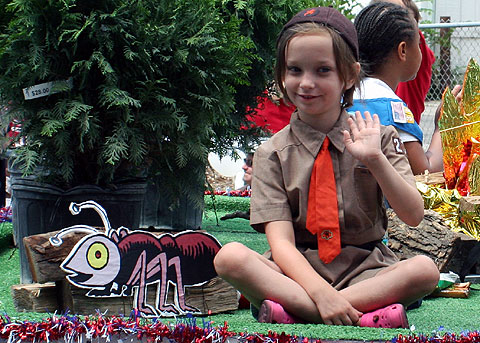 A Girl Scout, and her bug, on the group's parade float. 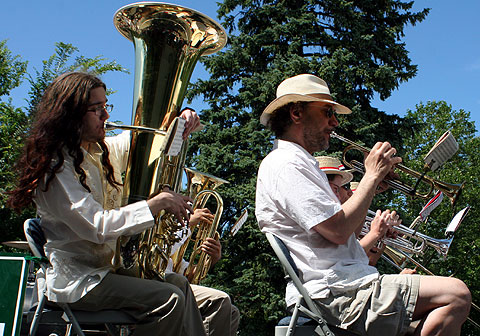 The Ridgeville Band was one of several that played from flatbed trucks.

taking almost two hours to making their way down the Central Street route to Ryan Field. 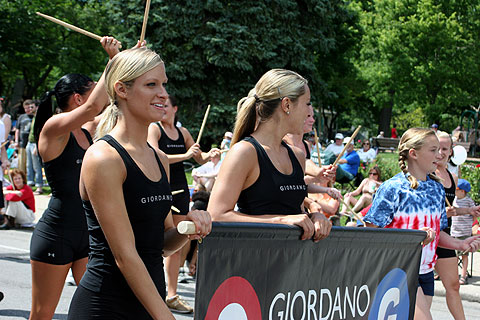 Mostly sunny skies and temperatures in the low 70s made it a pleasant afternoon. 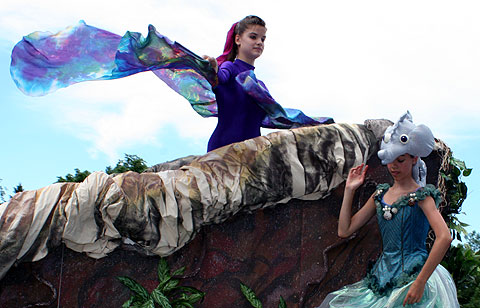 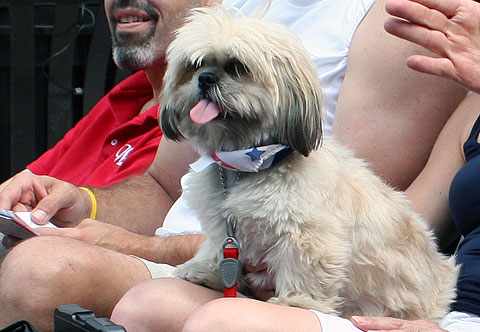 Even spectators' pets seemed to enjoy the show. 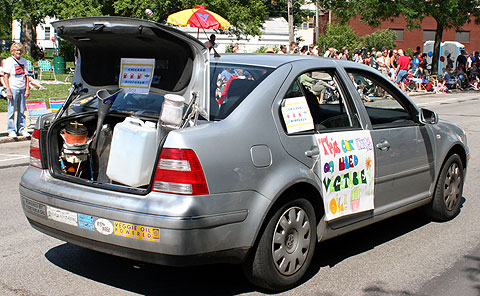 Social causes were also on display — including a car that runs on used vegetable oil.

And the Democratic Party of Evanston got big applause with its Obama banner.

The Evanston Community Media Center will air its coverage of the parade at 5 p.m. every Saturday in July on cable channel 6.