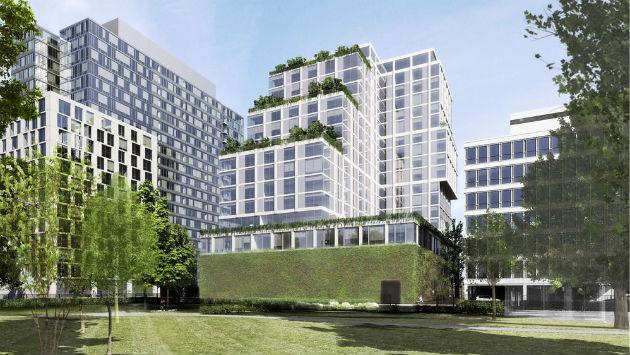 With Albion Residential’s planned 16-story Sherman Avenue development in Evanston scheduled to reach the City Council next week, word comes from Oak Park that the firm won Village Board approval of a revised design for a 19-story project there Monday.

Curbed reports the updated plan was released just days before the project’s approval on a 6-1 vote.

The approved design for the Oak Park building at 1000 Lake St. has 265 residential units, 6,500 square feet of first-floor retail space and parking for 207 cars.

That makes it similar in scale to the Evanston project, which is proposing 286 units, 9,321 square feet of first-floor retail space and parking for 186 cars.

West suburban Oak Park is often considered to be a similar community to Evanston. It’s seen construction of three other new high-rise developments in the past couple of years.

It took six meetings of the Oak Park Plan Commission before the project there was sent on to the Village Board. Albion’s Evanston Development received a favorable recommendation from the Evanston Plan Commission after just two meetings.