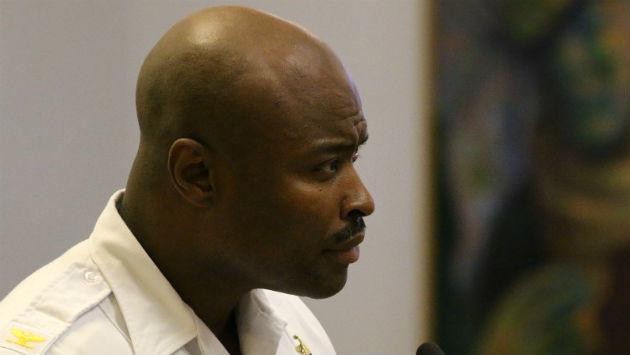 Although Evanston's police force has proportionately more black officers than there are blacks in the city's population, the question of how they are distributed across the department's units became an issue at this week's Human Services Committee meeting. 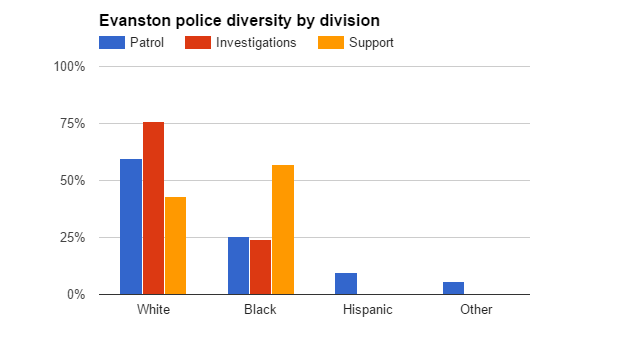 Alderman Peter Braithwaite, 2nd Ward, suggested he was concerned that there were significantly more white officers in the departments investigative units than in the patrol division.

Deputy Chief James Pickett, who heads the department's support services unit, said part of the reason for the disparity is that all officers start in the patrol division and have to accumulate three years of service there before they can request a transfer to a different unit.

The department has been increasing minority hiring in recent years, so more minority officers don't yet have the seniority to transfer out of patrol.

In addition, Pickett said, officers have to request a transfer, and some are happy in patrol and want to stay there — even after 15 or 20 years on the force.

And, because Evanston has a relatively small department, with 159 sworn officers, it sometimes takes a while before one of the four units within the investigations division an opening that matches a new officer's interests, Pickett added.

Two-thirds of all the city's police officers are in the patrol division — which includes a 13-member community strategies team and a seven-member traffic unit.

The support services division is the smallest, with just seven officers.

City Manager Wally Bobkiewicz said he was more concerned at this point with the lack of any Hispanic or Asian officers in the investigative units and hopes to improve the department's performance in that regard in the future.

He also noted recent national studies that indicate Evanston is far ahead of most cities in seeing that the demographics of its police force reflect those of the community it serves.