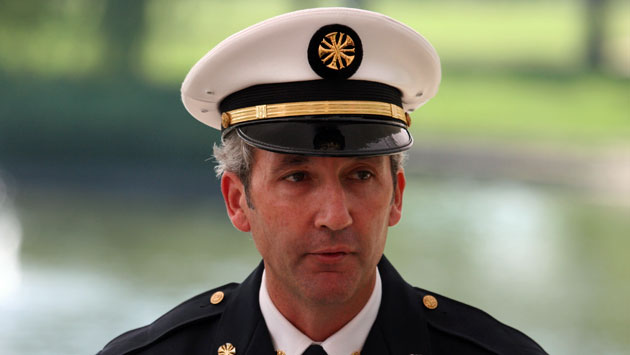 Evanston Fire Chief Greg Klaiber is retiring from the city next month to take a new job as director of emergency management at Northwestern University.

Klaiber is a 31-year veteran of the department and has served as chief since 2010.

“Greg Klaiber has been an outstanding fire chief. He has served the Evanston community with distinction his entire career. His understanding of the neighborhoods that make up the City of Evanston has contributed to the very community-focused agency the Evanston Fire Department has become,” said City Manager Wally Bobkiewicz in a statement.

Klaiber said he's had an incredible career with the Evanston department, and "it’s a bittersweet feeling knowing it’s coming to an end.”

"I have had the privilege to lead the men and women of the Evanston Fire Department over the last six years. I marvel at their professionalism and the work they do each and every day. I will miss it very much,” he added.

Klaiber is an Evanston resident and a graduate of Evanston Township High School. He joined the department as a firefighter/paramedic and also served as a captain, division chief and deputy chief..

Klaiber  was a member of the Evanston/Skokie School District 65 school board from 1999-2003, is a trustee of the Evanston Fourth of July Association, and was an active participant in Evanston’s Youth Baseball Association.

He holds a master’s degree in cardiac rehabilitation from Northeastern Illinois University and a bachelor’s degree in exercise physiology from the University of Illinois.