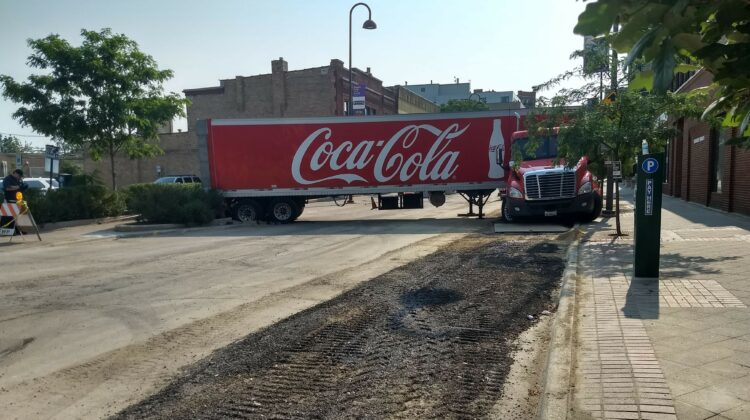 A semi-truck delivering Coca Cola products got stuck in the construction zone in the 700 block of Main Street in Evanston about 8:30 this morning.

It appears the truck had been traveling eastbound when the driver noticed it didn’t have sufficient clearance to get under the railroad viaducts.

Evanston Now reader Steve Duke, who shot the photo, says the driver tried to make a U-turn and got wedged between a light pole on one side of the street and a fire hydrant on the other side.

Merchants on this section Main Street have been complaining about the disruption to their businesses caused by the street repaving project that’s underway this summer outside their stores, and the truck’s predicament just added a little more frustration.