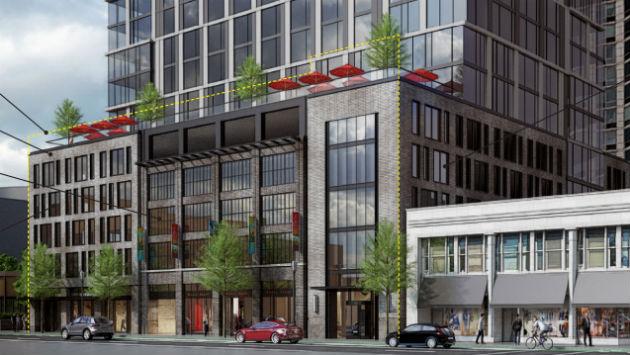 The developer of the proposed 33-story tower at 601 Davis St. now is offering to lease 92 parking spaces in Evanston’s Church Street garage.

Dave Cocagne of Vermilion Development says that arrangment would allow the project to meet the parking requirements of the city’s zoning code.

But that would still leave seven site development allowances the project would be requesting from Evanston aldermen, who are scheduled to begin their review of the project at a Planning and Development Committee meeting Monday night.

The project still will require a six-vote super-majority of aldermen to win approval, which appears difficult to achieve, given that last November aldermen only approved the 15-story Albion Residential development on Sherman Avenue by a bare 5-4 majority, after that developer trimmed the size of its project to eliminate the super-majority vote requirement.

City staff and the Plan Commission had recommended approval of the Albion project. They both have recommended that aldermen deny the planned development request for 601 Davis.