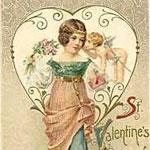 Today Americans are looking to their marriages to fulfill different goals than in the past — and although the fulfillment of these goals requires especially large investments of time and energy in the marital relationship, on average Americans are actually making smaller investments in their marital relationship than in the past, according to new research from Northwestern University.

Those conflicting realities don’t bode well for the majority of marriages, according to Eli Finkel, professor of psychology in the Weinberg College of Arts and sciences and professor of management and organizations at the Kellogg School of Management at Northwestern and the lead author of the study.

But today’s best marriages — those in which the spouses invest enough time and energy in bolstering the marital relationship to help each other achieve what they seek from the marriage — are flourishing even more than the best marriages of yesteryear.

What accounts for these divergent trends?

Many scholars and social commentators have argued that contemporary Americans are, to their peril, expecting more of their marriage than in the past. But Finkel, who wrote the article in collaboration with Northwestern graduate students Ming Hui, Kathleen Carswell and Grace Larson, disagrees.

According to Finkel, these changes over time in what Americans are seeking from their marriage are linked to broader changes in the nation’s economic and cultural circumstances.

In the decades after America’s Declaration of Independence in 1776, the nation primarily consisted of small farming villages in which the household was the unit of economic production and wage labor outside the home was rare. During that era, the primary functions of marriage revolved around meeting basic needs like food production, shelter and physical safety.

“In 1800, the idea of marrying for love was ludicrous,” Finkel said. “That isn’t to say that people didn’t want love from their marriage; it just wasn’t the point of marriage.”

Starting around 1850, the nation began a sharp and sustained transition toward urbanization, and the husband-breadwinner/wife-homemaker model of marriage became increasingly entrenched. With these changes, and as the nation became wealthier, the primary functions of marriage revolved less around basic needs and more around needs pertaining to love and companionship.

“To be sure,” Finkel observed, “marriage remained an economic institution, but the fundamental reason for getting married and for achieving happiness within the marriage increasingly revolved around love and companionship.”

Starting with the various countercultural revolutions of the 1960s, a third model of marriage emerged. This third model continued to value love and companionship, but many of the primary functions of marriage now involved helping the spouses engage in a voyage of self-discovery and personal growth.

“In contemporary marriages, “Finkel notes, “Americans look to their marriage to help them ‘find themselves’ and to pursue careers and other activities that facilitate the expression of their core self.”

Finkel is generally enthusiastic about these historical changes, as having a marriage meet one’s needs for self-discovery and personal growth can yield extremely high-quality marriages. Yet, he has doubts about whether the majority of American marriages can, at present, meet spouses’ new psychological expectations of their marriage.

“However, developing such insight requires a heavy investment of time and psychological resources in the marriage, not to mention strong relationship skills and interpersonal compatibility,” Finkel said.

Those marriages that are successful in meeting the two spouses’ love and self-expression goals are extremely happy — happier than the best marriages in earlier eras. Yet, according to Finkel, divorce rates remain high, and average marital satisfaction among intact marriages is declining slightly, because most spouses simply are not putting the amount of time and psychological investment required to help each other’s love and self-expressive needs. Spouses with children have reallocated much of their time to intensive parenting, and spouses without children have reallocated much of it to longer workdays.

Indeed, Americans are, on average, spending much less time alone with their spouse than they did several decades ago. As such, there’s an increasing disconnect, on average, between the needs Americans are looking to their marriage to help them achieve and the resources they are investing to make such need fulfillment possible.

The good news is that there are relatively straightforward ways to allow your marriage to breathe. The suffocation model is all about supply and demand.

“You can demand less from your partner, focusing less on resource-intensive self-expressive needs, or supply more time and other resources into the marriage,” Finkel said.

He points to a seemingly simple, but very effective, option, a 21-minute writing intervention that he and his colleagues developed that could help preserve marital quality over time in which spouses wrote about conflict in their marriage from the perspective of a third party who wants the best for all involved. (See link: http://www.northwestern.edu/newscenter/stories/2013/02/21-minutes-to-marital-satisfaction.html).

“The idea is that you can use limited resources better,” Finkel said.

“In general, if you want your marriage to help you achieve self-expression and personal growth, it’s crucial to invest sufficient time and energy in the marriage. If you know that the time and energy aren’t available, then it makes sense to adjust your expectations accordingly to minimize disappointment.”

“The Suffocation of Marriage: Climbing Mount Maslow Without Enough Oxygen” will appear in Psychological Inquiry later this year.

Finkel will hold a lecture about his new study, “The Suffocation of Marriage,” as part of the American Association for the Advancement of Science (AAAS) annual meeting in Chicago. The lecture will be held from noon to 1 p.m. Sunday, Feb. 16, in Regency A at the Hyatt Regency Chicago.