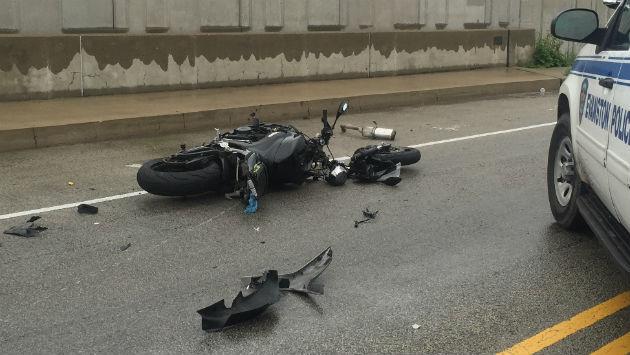 Evanston police blocked off traffic on Chicago Avenue between South Boulevard and Howard Street for about 90 minutes this morning after a motorcyclist was injured in an accident there.

Update 9:20 a.m.: Police Cmdr. Joseph Dugan says preliminary indications are that the motorcycle was northbound when it rear ended another northbound vehicle on Chicago Avenue.  The motorcycle then went into southbound lanes after crash and was struck by a southbound vehicle.  The cyclist, who was wearing a helmet reportedly was unconscious when transported to St. Francis Hospital.

Update 9:45 a.m.: Dugan says it turned out the motorcyclist, a 44-year-old Chicago resident, had no major injuries. No information about any citations issued in the accident is available yet.

The accident was first reported around 8:15 a.m.