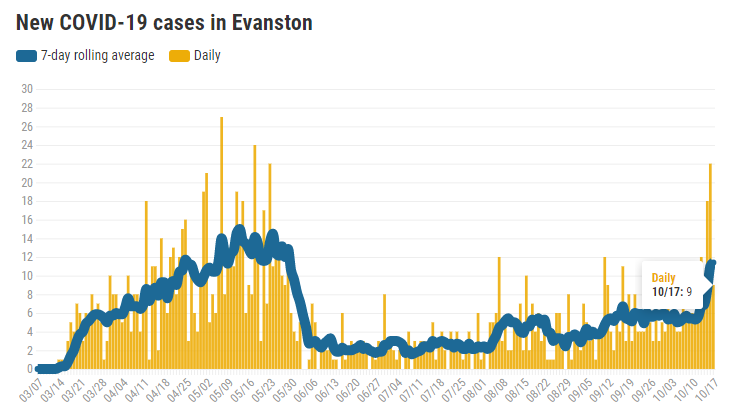 The Illinois Department of Public Health reported results of 77,489 tests today, down from Friday’s 87,759.

The IDPH reported tests of 964 Evanston residents today. It found six positive cases for a positive rate of 0.6%, compared to the seven-day average of 2.2%. A week ago, the seven-day rate for Evanston was 1.7%.

The state now says Evanston has had a total of 1,277 cases.

The city now says Evanston has had a total of 1,281 cases. The city’s death toll from the pandemic remained unchanged today at 73.

As of last night, 2,073 people in Illinois were reported to be in the hospital with COVID-19. Of those, 422 patients were in the ICU and 165 of those were on ventilators.