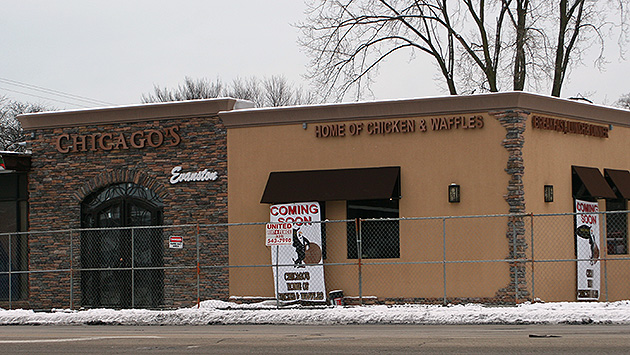 The new restaurant at the Dempster Street entrance to Evanston is interviewing potential workers this week as the owners get ready to open soon.

The owners of Chicago's Home of Chicken and Waffles at 2424 Dempster say they're looking for "experienced and motivated" line cooks, diswashers, runners, busers, cashiers, bartenders and servers.

They'll be holding interviews from 10 a.m. to 2 p.m. Wednesday and Thursday at the restaurant and ask applicants to bring a resume, current photo and identification.

The restaurant, which has been in the planning for over a year, received a $200,000 loan from the city last spring to help finance renovation of the building, a former auto parts store and earlier this month received a nearly $8,000 facade improvement grant.

Another dining spot that received major financial help from the city, the Ward Eight cocktail lounge on Howard Street, opened earlier this month.