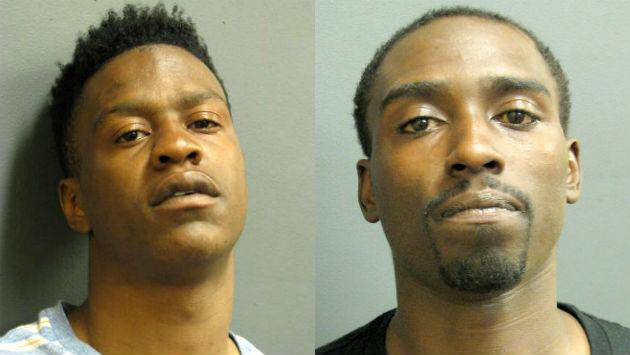 Evanston police says they recovered two handguns from convicted felons in incidents just over a day apart this week.

Police Cmdr. Joseph Dugan says that at 10:39 p.m. Wednesday detectives in the department Special Operations Group stopped a vehicle in the 800 block of Ridge Avenue for a minor traffic violation.

Dugan says officers noticed an odor of burnt cannabis coming from the vehicle and that the front seat passenger, Ryan Errol Peart, appeared to be nervous.

As they continued their investigation, Dugan says, Peart, 21, of 1314 Dewey Ave., admitted that he had a handgun in his pocket, which turned out to be a loaded Smith and Wesson .357 revolver.

Peart now faces charges including unlawful use of a weapon by a felon and unlawful possession of cannabis as well as a traffic citation for failure to wear a seat belt.

Then, just after midnight this morning, Dugan says, detectives on patrol near Howard and Ridge heard several shots being fired from the 7500 block of Ridge Boulevard in Chicago and saw a vehicle traveling at a high rate of speed northbound on Ridge approaching Howard.

As the detectives stopped the vehicle, Dugan says, they saw the rear seat passenger, Tremell Richardson, throw a dark object out of the vehicle, which turned out to be a loaded Kel-Tec 9mm semi-automatic handgun.

Richardson, 30, of 6919 N. Sheridan Road in Chicago, now faces charges of unlawful use of a weapon by a felon and failing to have a firearm owner's identification card.