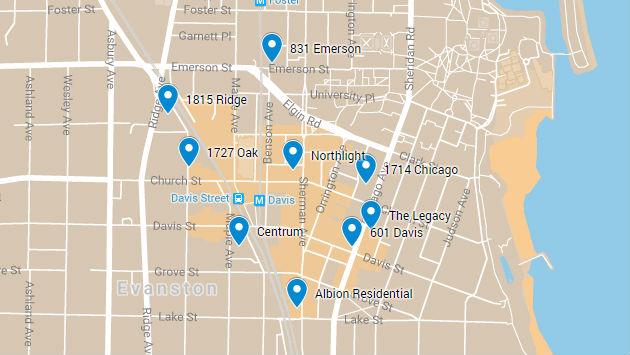 Can’t tell what’s happening with all the development projects in downtown Evanston without a scorecard? Well, we’ve got one for you.

The links will take you to more detail about each project. 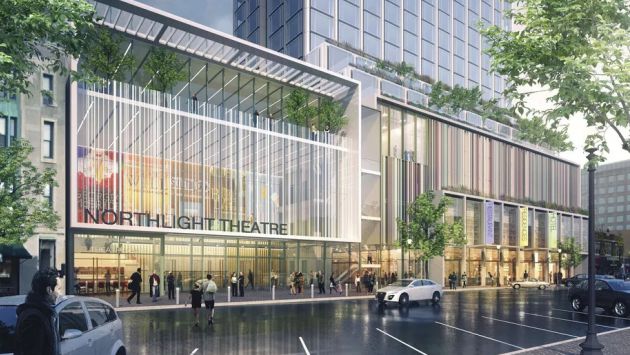 Plans for a 37-story development housing the Northlight Theatre, a hotel and 152 apartment units got their latest airing at a community meeting on Oct. 24.

The Farpoint Development proposal for 1706-1726 sherman Ave., is still in the discussion stage, with Northlight’s executive director, Tim Evans, saying they’re still seeking community input, and no formal proposal yet submitted to the city.

If constructed as planned, the 395-foot tall structure would become the tallest in town. 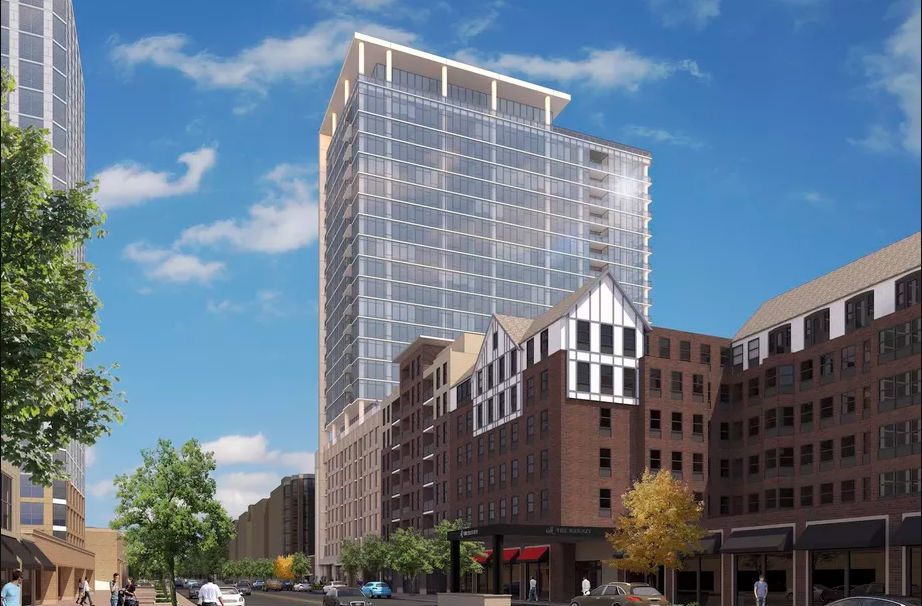 Plans for this 215 unit, 25-story development at 1621 Chicago Ave., from the owners of The Merion, the adjacent senior living community, were unveiled at a public meeting Oct. 24.

The project, described as providing a level of luxury not yet seen in Evanston, has not yet begun the city’s planned development review process.

Owner Jeff Michael says it may be built either as a rental or condo project. 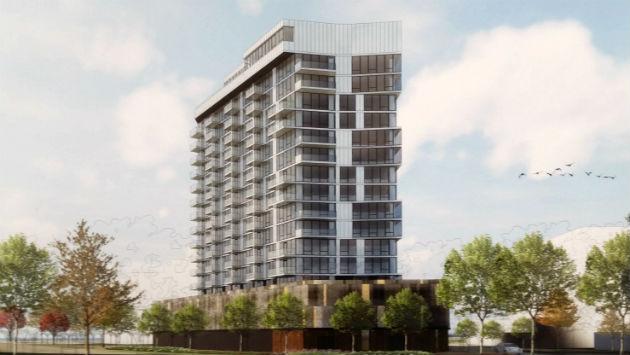 Representatives of the Trammell Crow Company met with neighbors Oct. 19 to discuss plans for a 169-unit, 17-story development targeted to “active adults” planned for what’s now a surface parking lot at 1727 Oak Ave.

The project has not yet begun the city’s planned development review process. 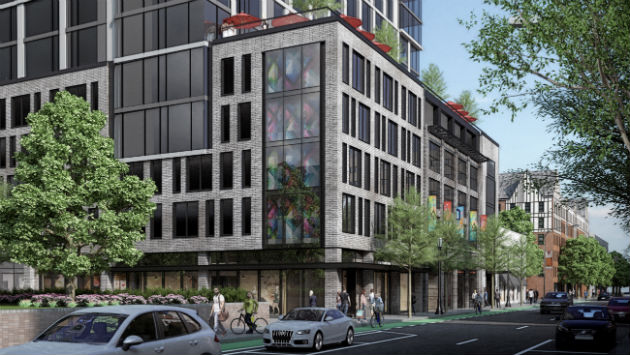 Plans for what was initially billed as the city’s tallest building suffered a setback on Oct. 25 when city staff on the Design and Project Review Committee recommended against the 318-unit, 33 story development at 601 Davis St.

Inclusion of a drive-thru for Chase Bank, to replace the existing one on the site, was among the issues that led to the thumbs down.

Update 5 p.m. 11/3/17: This development is now scheduled to be considered by the Plan Commission at its meeting on Wednesday, Nov. 29.

At 313-foot tall project had the height crown when it was announced back in March, but it’s significantly shorter than the more recently unveiled Northlight proposal. 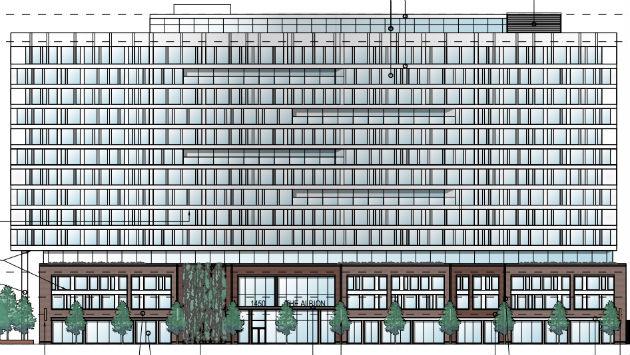 A down-sized version of the Albion Residential project at 1450 Sherman Ave. is scheduled for a final approval vote by the City Council on Nov. 13.

The latest plan calls for a 15-story building with 273 rental apartments. Lopping a floor off the building’s height and making some additional changes mean that the project will now need only a simple majorty rather than a two-thirds vote by aldermen for approval. The vote to introduce the proposal at Council last week was 6-3. 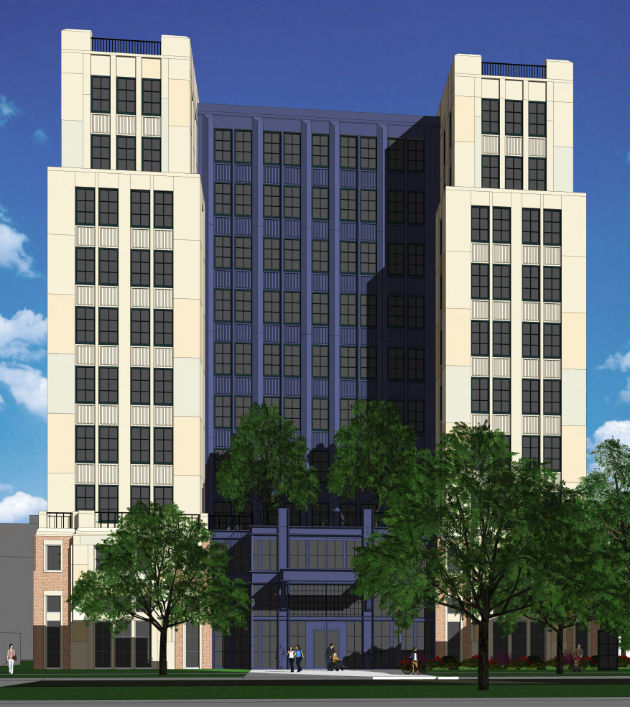 Evanston aldermen on Sept. 25 approved the sale of a city-owned parking lot at 1714 Chicago Ave. for development as an 11-story office building that could bring 500 additional office workers to the downtown area.

The developer’s plans still need to go through the city’s planned development review process before construction can begin. 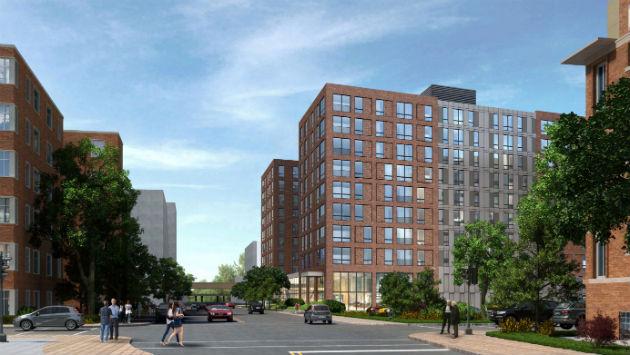 Scaled down plans for a nine-story, 242 unit residential development at 831 Emerson St. were approved by the City Council on June 12. That was nearly 21 months after plans were first announced to build on the site that then housed a dry cleaners and convenience store.

After aldermen in February 2016 rejected a plan that targeted students as tenants and was initially proposed to be 14 stories tall, the scaled down project, not targeted to students, won approval.

No groundbreaking yet for this development. 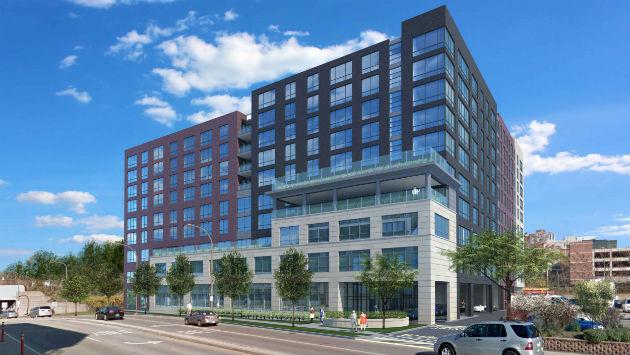 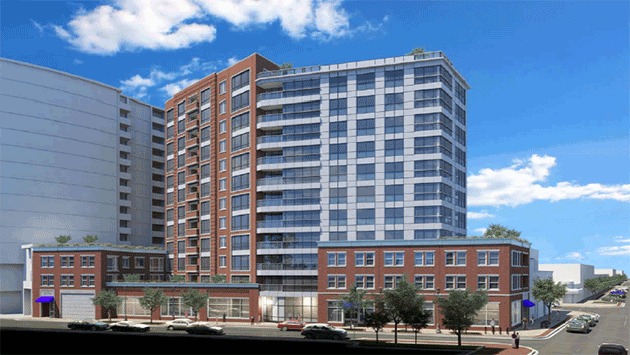 Work is nearing completion and leasing is underway at the Centrum Evanston development at 1571 Maple Ave. This project was approved by the City Council in April 2015.

The 12-story, 101-unit, transit-oriented development is anticipating that most of its tenants will lease parking spaces in the city’s Maple Avenue garage.