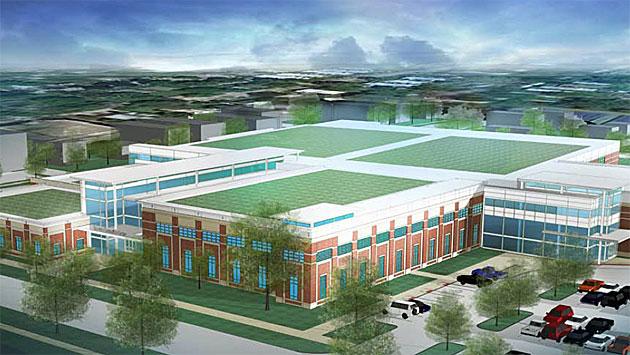 Evanston aldermen are scheduled to get an update tonight on long-delayed plans for a new ice rink facility at Robert Crown Park.

It's been nearly four-and-a-half years since City Manager Wally Bobkiewicz first proposed that the city find a private partner to build and operate a new facility — an idea officials turned to after plans to collaborate on a new rec building with Evanston Township High School bit the dust.

In deciding to seek proposals, officials argued that the now 39-year-old rink is undersized and in need of substantial repairs or reconstruction.

Initial inquiries brought responses from eight firms. The city sought more detailed proposals from the three that looked most promising and agreed to spend roughly $150,000 on environmental studies and other research for the project.

But the more detailed proposals from developers ended up with widely varying features — and price tags ranging from $20 million to $55 million.

They also called for the city to provide revenue guarantees for the project, which could further strain Evanston's credit rating.

And, amid reports of financial woes for similar projects in other suburbs, the project seemed to go into the deep freeze — with no updates from officials in over a year.

A city staff memo promises tonight's report will review other centers in the state, analyze financing options and other project alternatives and recommend "next steps to move the Crown Project forward."

But it provides no further clue about the substance of the report.