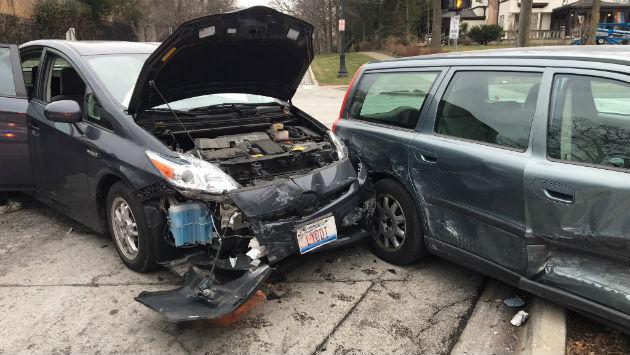 So far this year there’ve been 22 accidents at the intersection of Ridge and Lake Street and 21 more at Ridge and Greenleaf Street.

The accident count at Greenleaf had already reached 20 by late October, compared to eight in all of last year, when police launched an education and enforcement effort focused on that intersection.

Police Cmdr. Joseph Dugan says that campaign seems to be helping, because there’s only been one additional accident at that intersection since. 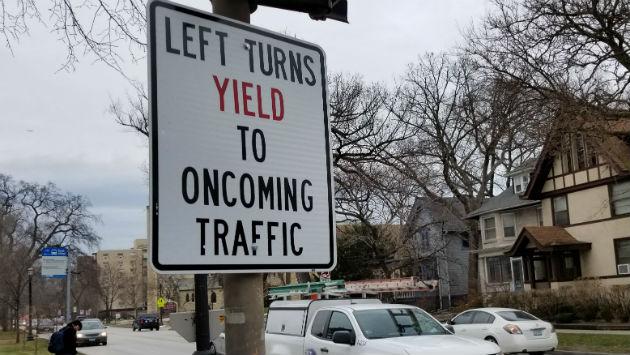 But despite the addition of new warning signs at Lake and Ridge, collisions have continued unabated there, with at least two more so far this month.

Alderman Don Wilson, whose 4th Ward includes Ridge from Church to Main streets, says he appreciates the efforts by police and the city’s traffic engineers to make the roads more safe.

But he said drivers, cyclists and pedestrians also need to be more thoughtful about how they use the roads.

Dugan says ideas being considered to improve safety along Ridge include reducing the 30 mile per hour speed limit, synchronizing the traffic signals, adding speed cameras, and adding mast arm traffic signals at intersections — to increase the visibility of the signals.

The idea of mast arm signals on Ridge was rejected several years ago after preservationists complained that it would interfere with the appearance of the roadway though the Ridge Historic District.

Last year the city imposed new turn restrictions at Ridge and Grove and added similar ones this year at Ridge and Greenwood in an effort to reduce collisions at those intersections.