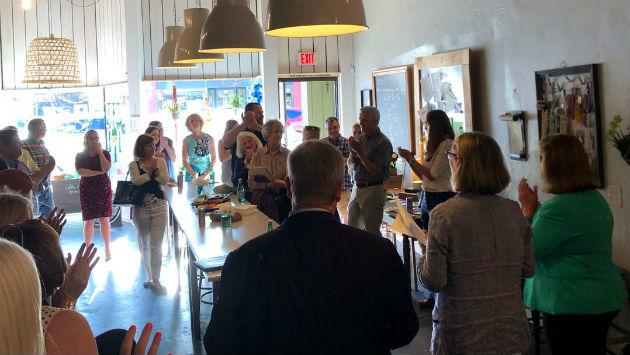 Evanston City Manager Wally Bobkiewicz was one of two finalists for the position of city administrator in Issaquah, Washington, who met with residents there at a informal public forum Thursday evening.

The Issiquah City Council has scheduled an executive session for Monday, Aug. 5, at which it’s expected to make its selection for the administrator job.

Issaquah as been looking for a new administrator since March when Administrator Emily Moon announced her resignation, saying she planned to leave this month to travel with her family.

A local newspaper, the Issaquah Reporter, published a story just before Moon announced her resignation, saying the city had made significant errors in its last four financial audits conducted by the state. The paper also said nine people had left the city’s finance department in the past five years and the city had had four different finance directors in that time.

The paper later published a story quoting an anonymous city employee as calling the city’s workplace culture “toxically disfunctional,” and said turnover among employees of Issaquah had been several percentage points higher than in other nearby towns in recent years.

Moon succeeded Robert Harrison, who was named city administrator in 2011 after the retirement of Leon Kos, who’d spent 33 years in the city’s top administrative position.

Issiquah is a fast-growing community of 39,378 residents about 20 miles east of downtown Seattle.

Bobkiewicz is budgeted to earn $251,647 this year in Evanston. Issaquah has listed the top salary for its job opening as $202,000.