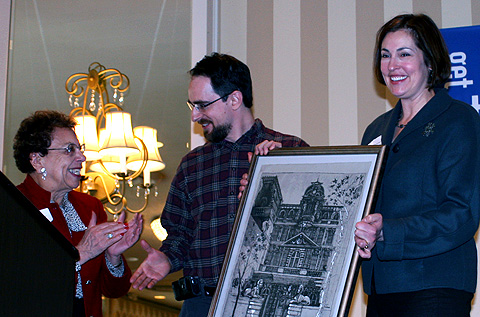 Richard Halstead and Open Studio Project have won the 2006 Mayor's Awards for the Arts.

Richard Halstead and Open Studio Project have won the 2006 Mayor's Awards for the Arts.

Both were honored at the State of the City LuncheonÂ this noonÂ in the Grand Ballroom of Hotel Orrington.

Each year, the Mayor's Award is given to one Evanston artist and one Evanston arts organization for their contributions to the community through excellence in the arts. Recipients are selected from nominations from the public at large.

Halstead is an accomplished visual artist who specializes in family and individual portraits. 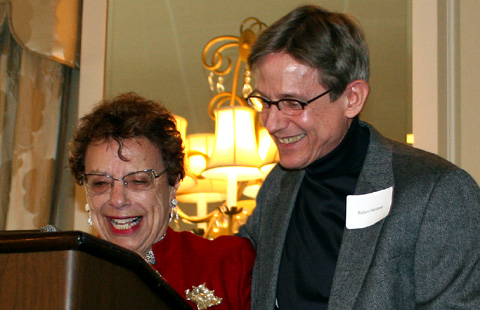 Artist Richard Halstead with Mayor Morton, the subject of one of his portraits.

Open Studio Project, located at 903 Sherman Ave., offers a community gallery and outreach program as well as workshops and classes in the creative process for adults, children and toddlers.

Open Studio Project moved to Evanston in 2000 and since that time has expanded into a program that in 2006 served more than 2,000 people of all ages. "Arts and Action," their most extensive outreach program, targets at-risk teens.

The State of the City Luncheon is sponsored annually by the Evanston Chamber of Commerce.