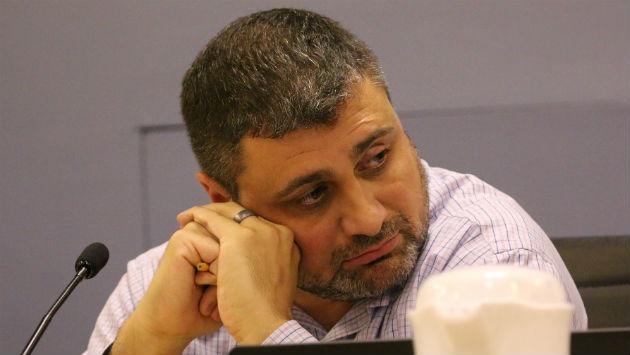 Evanston aldermen — having rejected increasing parking meter fines this week — may have trouble finding easier answers to closing a multi-million dollar budget gap this year — and potentially an even bigger one next year.

And City Manager Wally Bobkiewicz suggested it might be time to consider whether the hotel tax rate should be adjusted. “We try to be competitive with Chicago,” Bobkiewicz said.

It’s unclear at this point whether the resistance to increasing parking fines that largely hit city residents shown Monday night would apply to a tax that mostly hits out-of-town visitors.

Evanston’s hotel tax is budgeted to generate $2.1 million this year. It currently only applies to properties with 10 or more rooms for rent.

Extending it to apply to the two licensed bed and breakfast establishments in town, which each have five rooms for rent, would generate a modest but not totally insignificant amount of additional revenue. 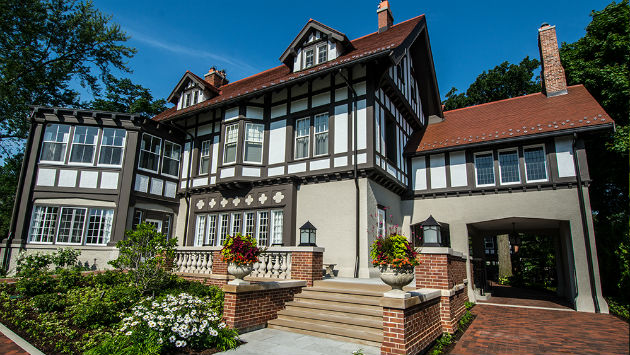 The Stone Terrace bed and breakfast in an image from its website.

Based on their published rates, if Stone Terrace and Stone Porch were fully occupied year round, a 7.5 percent tax would yield a little under $92,000.

Since the City Council adopted a vacation rental licensing ordinance in 2013 that required City Council approval of any license, it appears, from a review of Council meeting agendas, that only two properties have been licensed as vacation rentals — one in the E2 apartment complex at 1890 Maple Ave., the other in a home at 2353 Ridge Ave. 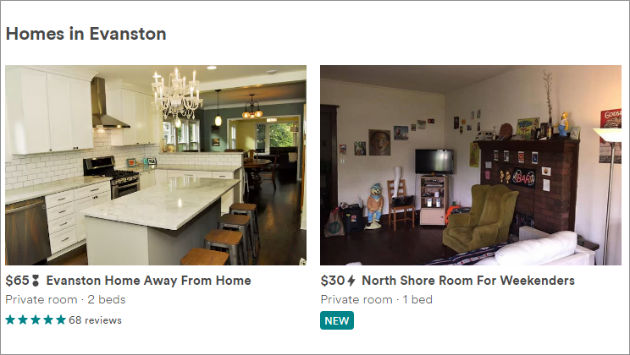 Two of the five vacation rentals in Evanston currently listed on the Airbnb website.

Airbnb in 2015 announced that it would start collecting the state and Chicago city hotel tax from its participants.

Given the typically sporadic nature of vacation rentals, it’s difficult to estimate how much income applying the Evanston hotel tax to them might generate for the city. 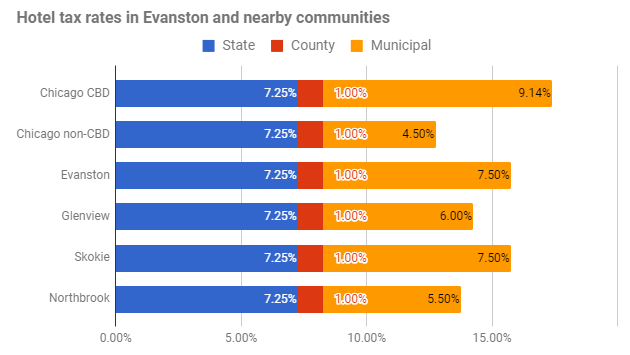 Current local hotel tax rates in suburbs close to Evanston range from 5.5 percent in Northbrook, through 6 percent in Glenview  to 7.5 percent in Skokie — the same rate Evanston charges.

Chicago’s North Shore Convention and Visitors Bureau Executive Director Gina Speckman says Chicago has two hotel tax rates  — a base rate of 4.5 percent citywide and an add-on charge of 4.64 percent to support the Metropolitan Pier & Exposition Authority that only applies in downtown Chicago.

Were Evanston to raise its hotel tax rate to match that levied in downtown Chicago, it might generate an additional $765,000 a year — assuming the higher tax didn’t drive business away.

Had the aldermen opted to raise the parking meter violation fine, last increased in 1976, from $10 to $20 as proposed by city staff, that was projected to have generated $390,000 in new revenue annually.