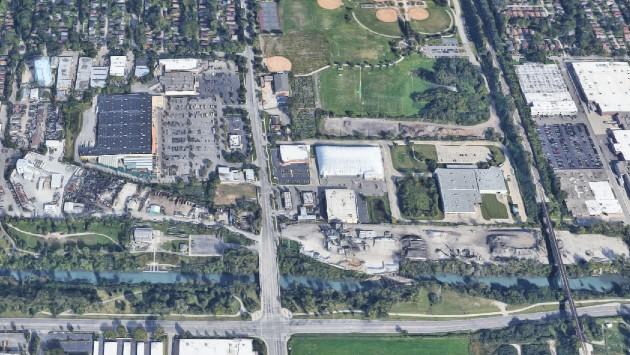 Businesses that handle cannabis, other than dispensaries, would be limited to just a few industrially-zoned section of Evanston and would only be permitted as special uses under zoning amendments the Plan Commission recommended for approval this week.

Cannabis cultivation centers, where the plants are grown, would be allowed only in I2 and I3 zones.

Most of the city’s industrial zones are located along the former Mayfair rail line from Greenwood Street south to Main Street and on on either side of Oakton Street just east of the North Shore Channel, although even in those areas some parcels are zoned commercial rather than industrial. (For details, see the city’s zoning map.)

In a memo to the commission recommending the new zoning rules, Community Development Director Johanna Leonard said many of the proposed cannabis uses “include processes that may incorporate chemicals that could generate odors that could be considered a nuisance” and that they therefore would be most appropriate in industrial zones.

She added that because of space requirements and space regulations she considers it “highly unlikely” that a cannabis cultivation center would be able to find a suitable space to operate in Evanston.

The zoning proposals also would bar on-site consuption of cannabis at any business establishment in the city.

The amendments would also reduce the required separation of cannabis dispensaries from schools from 750 feet to 500 feet to match Chicago’s regulations. That change, sought by Alderman Ann Rainey, 8th Ward, is designed to make it more feasible for cannabis dispensaries to open on the Evanston side of Howard Street.

The zoning changes are expected to move to the City Council for consideration at its meeting Jan. 27.